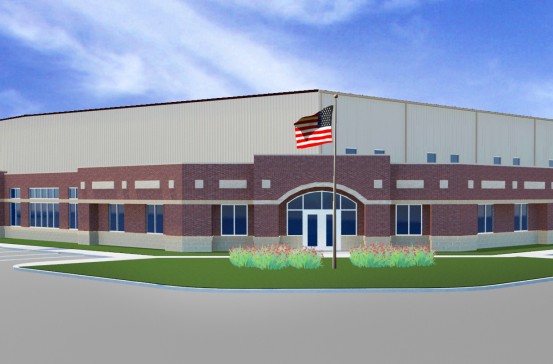 Steelastic Co. is building a new headquarters in Akron, relocating seven miles from its current location in a move centered on growth.

“The main reason was for our growth and anticipated additional growth,” said Steelastic president Paul LaMantia. “It’s going to double our assembly space, which will allow us to respond to our customers quicker.

“We will also have more effective assembly space than we currently do,” Mr. LaMantia said. “We’ll also quadruple our space for engineering and development for new products.”

Steelastic will share the new building at the Ascot Industrial Park with another Heico Cos. subsidiary, RMS Equipment LLC. The two companies currently are spread out over four buildings.

Steelastic has set a target completion date for the building of early in the third quarter of 2014.

The entire manufacturing area of the new building will be under crane, said Armand Massery, Steelastic continuous improvement manager.

At present, two of the three buildings Steelastic is using do not have cranes, while the other uses just one crane. The headquarters will have four that also will be able to handle more weight, Mr. Massery said.

The new headquarters will include expanded lab and development areas, which Mr. LaMantia said will be used to continue to differentiate and add to the company’s product line.

The company is spending multiple millions of dollars on the new headquarters. Mr. LaMantia said Steelastic and RMS Equipment will make the investment through parent firm Heico.

Steelastic is committed to remaining in Akron.

“We considered other sites in the Akron area,” Mr. LaMantia said. “Akron brings the expertise in the area, machine-building experience, tire and rubber experience, the University of Akron, and we wanted to maintain our current work force.”

David Pelligra and Architects Inc. is designing the new building. Mr. Massery said the company has a longstanding partnership with the architect firm, and Steelastic used it for previous growth initiatives within its current operation.

(Chris Sweeney is a reporter with Rubber & Plastics News, a sister publication of Crain’s Cleveland Business.)